A Message from Our Founder //

Have you lost somebody you loved to cancer?  I have.  More than one, actually.  For me, the first person I lost to cancer was my vavó.

She was the truest definition of the word awesome, a proud woman of old Portuguese stock, strong, hard-working, stubborn, and always serving others, giving back to her church and to her community.  We lived in the traditional Portuguese home, three generations in a three-family house — grandparents on the first floor, parents on the second, and grandkids on the third. I’ve lived in that house my whole life, always near to her.  We were very close.

Christmas Eve was the best back then.  We used to have 20 people show up every single year — uncles, aunts, cousins, second cousins, third cousins.  That was her favorite thing — getting the family together. It didn’t matter why. Somebody’s birthday, Christmas, 4th of July, a random Sunday after morning mass.  She loved being around us, and we loved being around her.

In May of 2015, I signed the lease for AMP Academy’s first location in Fall River, MA, the city where I grew up and the city whose youth I wanted to show a better way to live, a better way to be.  I was still working as a design engineer at this point, so I left my house at 7 o’clock every morning for my one-hour commute, and every day when I walked down my stairs to leave for work, there would be a lunch box filled with enough food for a small army, except it was all for me — two steak sandwiches on “papo secos,” two cans of Sumol, a yogurt, a plum, a banana, and a bag of chips.  Vavó would always say I was too skinny and wanted to make me strong with her fantastic Portuguese cooking. She loved to cook, and she loved to eat good Portuguese food. Good flavor was the spice of her life.

I remember the day my dad told me vavó had cancer.  Stage 4.  It had been caught too late, and the clock was ticking.  I couldn’t believe the short amount of time the doctor’s gave us.  My vavó wanted to do whatever treatment was possible.  She wasn’t ready to leave yet. None of us were ready for that. But who ever is?

Even as she got weaker during chemotherapy, that lunch box was there on the steps every day.  After signing the lease, I would leave my house at 7 o’clock every morning and not get home until after 10 o’clock in the evening, because I would get to AMP Academy at 6 o’clock and work four hours to make as much progress as I could.  Weekends would get 17 hours of my time each day. One thousand and one hundred hours to build the first half of AMP Academy. Vavó started to leave two lunch boxes. She wasn’t about to let me skip dinner to work. 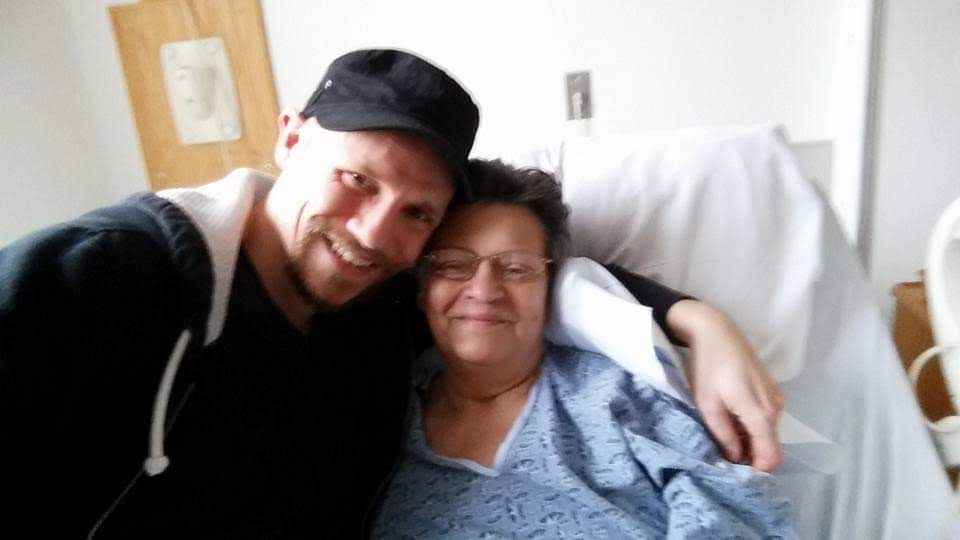 Eventually, the chemo started to break her down.  Her hair fell out, but still she smiled. Still she made me lunch every day.  Still she served. Awe inspiring. Truly, truly awesome.  One day when I visited, she was eating and had the most heartbreaking look on her face.  I asked her if she was okay. She said she couldn’t taste the food. “Tastes like nada,” she said in her thick Portuguese accent, spitting out a banana.  That’s when she stopped eating. The joy had gone out of it for her. She went from being a strong, robust woman in her 70’s to being a frail, elderly shadow of her former self.  The speed at which she lost weight and strength was staggering after that, and it wasn’t long before she was bedridden.

Still, I worked.  Still, I built. Still, I visited her at 10 o’clock every night after work.  And she worried for me. She didn’t think I could make a life out of AMP Academy.  She didn’t understand the value I wanted to bring to others, that I wanted to serve others the same way she served everybody she encountered her whole life.  So I worked hard, building and building, trying my hardest to finish the construction so I could spend time with her before her time was up. I wanted her to see what I was building.  I wanted her to understand. At the end of July, she visited with my uncle and vavô, and she saw for the first time what I was building. She was still hesitant, still skeptical. I loved her more for her worry for me.

Her skepticism drove me.  I worked longer hours, and I enlisted help from friends who I can never thank enough, just so I could finish, so I could spend more time with her, but also to give her peace, knowing that what I was building was going to be worth it, that it was going to help thousands.

On August 22, 2015, AMP Academy LLC opened for business with nine kids in its first Ninja Kids class.  She got to see what I was building, what I was doing to honor her and what she taught me.

Two all too short months later, in October, I woke up with a voicemail from my uncle.  He’d left it at 1 in the morning. “No,” I said before I’d even listened to it. “No, no, no.”

But for the past 4 years, there has been no lunch box. Her apartment stayed empty for three years — too painful to rent it out to somebody else.  Too many good memories to give up and let somebody else make new ones there.

Every person AMP Academy serves is in honor of my vavó, the strongest woman I’ve ever known.  Every registration fee in October will be donated. We’ll also be accepting donations all this month for pancreatic cancer research. 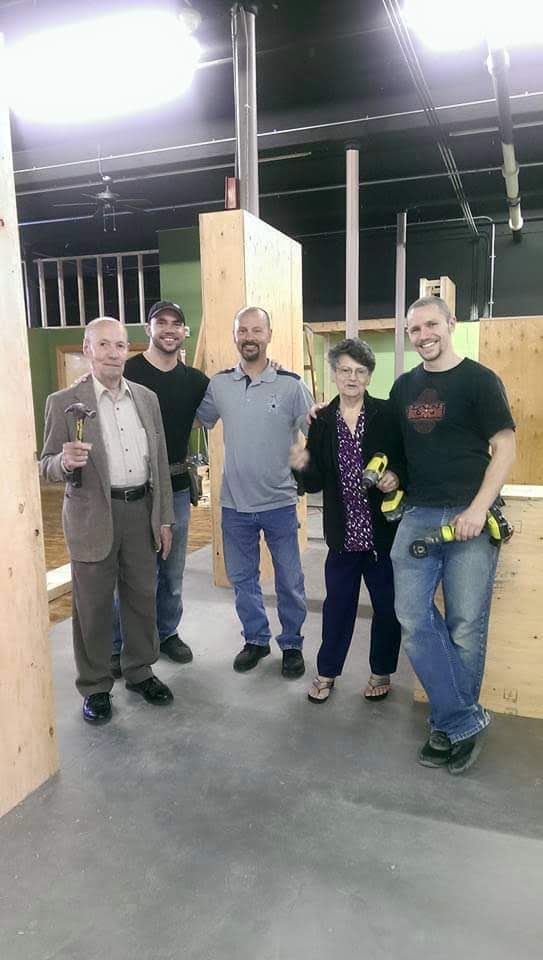 If you’d like to donate, simply send us a message on Facebook and we can take your donation for you. Thank you for helping to save others’ lives.  Thank you for serving.

To you I say these things: “Be brave.  Be strong. Be awesome.”

-Polvo (Joshua Amarelo)
Keynote Speaker, Owner, Founder, Instructor
Latest News //
Login to AMP Academy
Reset Password
Enter the username or e-mail you used in your profile. A password reset link will be sent to you by email.